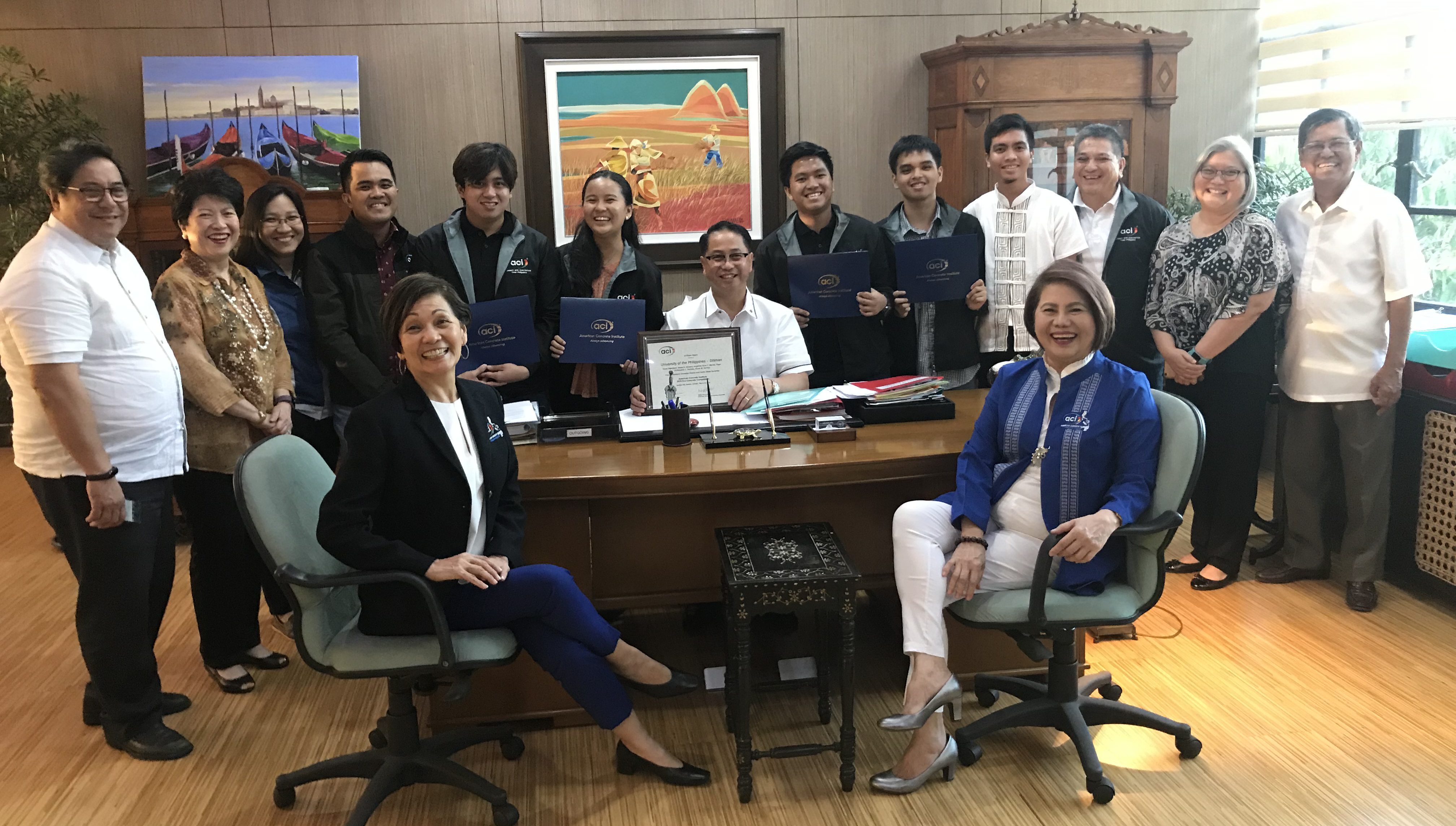 The Philippine delegation from the Institute of Civil Engineering won the 1st place in the Eco-concrete Competition at the American Concrete Institute (ACI) Spring 2019 Convention held last March in Quebec, Canada. UP President Atty. Danilo Concepcion recognized the winning team, together with representatives from ACI Philippines, UP ICE, UPERDFI and Longridge Construction, Inc. on April 8 (Monday) at the UP Diliman Quezon Hall.

The team is formed by students Alexis Declaro, Angelica Munar, Ryan Ramelo and Paulo Santos. They were supported by their Advisers – Asst. Prof. Justin Jesse Seranilla and Asst. Prof. Christian Orozco. The Philippine delegation was led by the ACI Philippines Chapter President and UPERDFI member Ramon Allado. The team used ubiquitous materials from the campus to replace some components of cement to make concrete more environment-friendly.

We thank the generous donations of Longridge Construction, Inc., Allado Construction Corporation and anonymous supporters for their contributions to the Student Competition Fund.

UPERDFI acquired QuickBooks Online after the live testing of the software in February-March. We expect to completely migrate our 2021 transactions to the cloud after the 2020 Audit and tax-filing routines. Member Rico Ibana proposed Read more…

Our Management Committee held two meetings on March 17 and April 14 to discuss updates and ways forward on the various projects and committee initiatives of the foundation. We are excited to share with you Read more…

Implementing a February Board instruction, we are undergoing a Policy Review, led by Trustee Val Reyes as Leader. The Policy Review Ad Hoc Team (PRAT) met on April 9 to discuss progress and to take Read more…