Celebrating Friendship with the Franciscos

UPERDFI and the UP College of Engineering hosted the celebration of the 40th day of the passing our 1996-2008 Chairman, Jesus “Chito” Francisco on January 22, 2020 at the Maynilad Room, attended by family and close friends who were mostly UP Engineering alumni. Initially planned as a simple hand over of the “donations in lieu of flowers” by his widow, Ms. Mariel Francisco, to UPERDFI, the gathering turned out into an outpouring of goodness, with almost 60 attending! Ms. Mariel shared her presentation piece, “Chito, the Engineer” where she described Chito’s journey from his BSME ’63 and BSEE ’66 days, until his experiences after working for almost 40 years with Meralco, his last position being President. 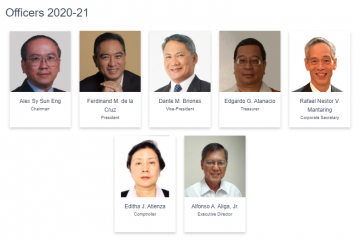 UPERDFI Board of Trustees for AY 2020-21 Holds First Meeting 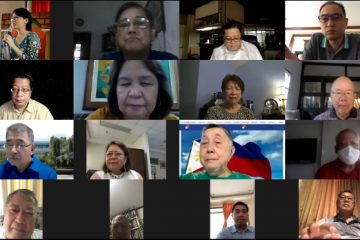 UP Engineering Community Unites Against COVID-19

On March 23, UPERDFI President Rico Trinidad sent out an appeal to the UP Engineering Community to support the development of engineering solutions to fight against COVID-19. Selecting projects from the top priorities of the Read more…