Member Mon Jocson was the featured discussant in the UP Industrial Engineering Alumni Association (UPIEAA) General Membership event on November 28. He described in detail the customer-interfacing and backroom initiatives of BPI, where the lockdown has accelerated the design and implementation of digitalization.

UPIEAA members from all over the world joined the zoomed event. UPIEAA is led by our member Ricky Peña. The leadership team was given a one-year extension, as the members agreed that having the usual annual election was not practicable. He will lead the various tasks leading to the DIEOR Golden Anniversary in March 2021. The Trustees, Advisers, Officers and Members convened for the regular BOT Meeting on November 18, via Zoom. The body discussed the status of the ongoing projects of UPERDFI and the updates from the committees. Chairman Read more… 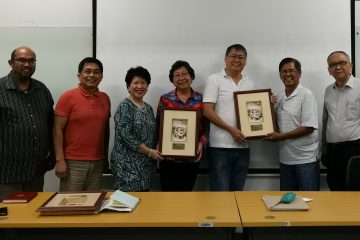 To honor his departed parents, Rene (IE ’75) is setting up the Antonio and Leticia Bello Professorial Chair in Industrial Engineering! Rene has donated generously to the ES 101 Book Project. The chair will be Read more…